Catholic hospitals account for 15 percent of all acute care hospitals in the United States. They are uniquely governed by the Ethical and Religious Directives for Catholic Health Care Services, which prohibit them from providing basic reproductive health care services, such as contraception, abortion and infertility treatment. What happens when a patient at a Catholic hospital requests one of these reproductive health services?

A recent qualitative study explored this question through interviews with 27 obstetrician-gynecologists who have worked in Catholic facilities. These doctors found themselves torn between the religious ethics of their employers and the patient-centered obligations of their profession. The Committee on Ethics of the American College of Obstetricians and Gynecologists urges physicians who object to providing a service to provide a timely referral to a provider who does offer the service.

Although most of the doctors interviewed reported referring patients to non-Catholic providers for prohibited services, their ability to do so effectively varied. For example, some could provide in-depth counseling regarding contraceptive options while others were prohibited from even providing a list of family planning clinics. They also reported that hospitals’ referral guidelines often varied by service type. For example, a hospital might routinely provide expensive infertility treatments while at the same time hindering abortion referrals.

The doctors also noted some instances when referrals felt inadequate. In emergency situations, such as abnormally heavy menstrual bleeding or complicated pregnancies, referrals could create risky or painful delays in care. Referrals can also disproportionately burden low-income people and those in rural areas, as traveling long distances or paying out-of-pocket may be beyond their means.

This study raises important questions about the standard of care being provided to patients by Catholic hospitals. The moral and ethical attitudes of providers and their employers with regard to reproductive health care may vary widely, but patients' ability to access basic services should not. As the number and geographic spread of Catholic hospitals grows, they must improve the standardization, transparency and accountability surrounding reproductive health care practices. 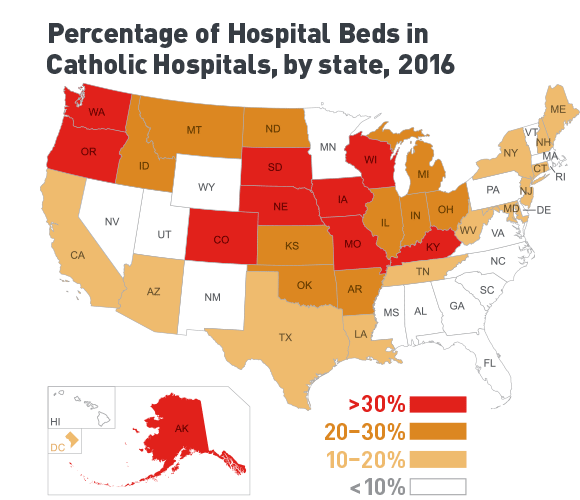